The set features the CD-debut of a remastered version made by its original co-producer & engineer Bruce Botnick, as well as the first-ever release of the mono version on CD. Also included are alternate mixes of the album, as well as a selection of rare & unreleased singles & studio outtakes. Botnick’s stereo remaster of the original album makes its vinyl debut on the LP included with this set. The DVD that accompanies the anniversary collection includes a 24/96 stereo mix of the album version of the original album remastered by Botnick. the set boasts more than a dozen rarities, including single versions of “Alone Again Or” & “A House Is Not A Motel” that are available now for the first time since 1967. Two other recordings on the set have never been released: the backing track for “Live & Let Live” & an outtake backing track for “Wonder People (I Do Wonder)”. 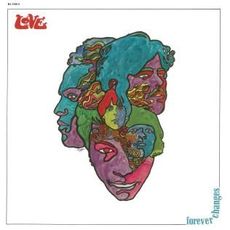