Shaped by his experiences with meditation & trance states, the album flows seamlessly from rugged techno to transcendent choral music, from solo acoustic piano to psychedelic ambient & will be compelling through headphones & through club speakers alike.

'Singularity' begins & ends on the same note: a universe beginning, expanding, & contracting towards the same infinitesimal point. Where 'Immunity' – his hypnotic breakthrough LP – charted the dark alternative reality of an epic night out, 'Singularity' explores the dissonance between dystopian urbanity & the green forest. 'Singularity' is intended to be listened to in one sitting, as a complete body of work. if you enjoy bicep, or four tet’s ‘new energy’, you will love this. “meticulously constructed, yet with melodies & rhythms born out of improvisation, it’s an album of two halves, moving from euphoric collapse to an uncertain contentment” 4/5 – mojo. 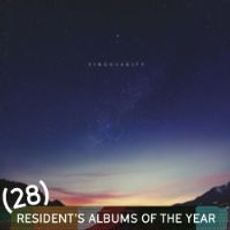