This album is Mellower and more reflective than 2017’s rock’n’roll surf-garage-rock collaboration with Slow Club’s Charles Watson as The Surfing Magazines, or 2016’s blues-driven ‘Bamboo Diner in the rain’. It’s a minor-key, epic masterpiece that sees them in contemplative and expansive mood. This album is more akin to 2016’s acoustic release, ‘A Season in Hull’, which - like ‘Brushes With Happines’ - was recorded live in one room in a single January day. They wanted to make an album that was as spontaneous as possible, emulating the jazz, folk, blues and live albums that they love so much. 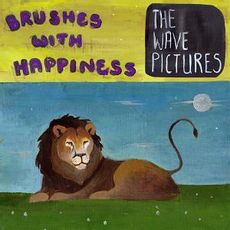