Music From Before The Storm (RSD18)


Daughter’s original music score for the videogame ‘Life Is Strange: Before The Storm’, will be given an official vinyl release as part of Record Store Day on 21st April, 2018.

‘Music from Before The Storm’, which was released digitally last year to coincide with the game’s release, will be made available as a limited-edition double-LP with a gatefold sleeve, and features additional artwork by Lindsay McDonagh. ‘Before The Storm’ is the prequel to ‘Life Is Strange’, the hugely successful BAFTA awardwinning narrative driven game released in 2015. Boundary-breaking, with principal characters tackling real life issues such as bullying, suicide and teen pregnancy, the episodic series has garnered plaudits, whilst Daughter’s soundtrack was celebrated by both music and videogame fans. Daughter is the London-based trio of Elena Tonra, Igor Haefeli and Remi Aguilella. Established in 2010, the band have gained a loyal fanbase, playing to sold-out audiences around the world. Their two albums, the silver-certified If You Leave (2013) and 2016’s Not To Disappear both debuted in the Top 20 of the UK album charts. Limited to 2000 copies for the UK and Ireland. 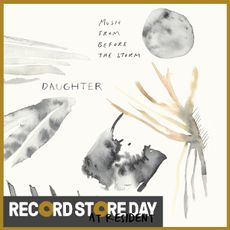