The Piper At The Gates Of Dawn (RSD18)

Written and performed by Syd Barrett, Roger Waters, Richard Wright and Nick Mason, The Piper at the Gates of Dawn is the only studio album to be released under Barrett's leadership. The album, recorded with producer Norman Smith at Abbey Road Studios, features songs that remained on the band’s live setlist for many years, such as ‘Astronomy Domine’ and ‘Interstellar Overdrive’. This limited-edition Record Store Day release is a new mono 2018 remaster by James Gutherie, Joel Plante and Bernie Grundman, and delivered on premium 12” 180-gram black vinyl, with an exclusive 540 x 388mm poster on art paper, as well as a foil blocked outer wallet. 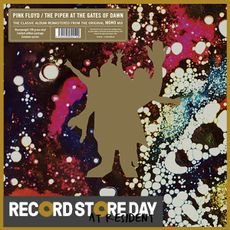