This was Bruce Lee's final film appearance before his death on 20 July 1973 at age 32. The film was first released on 26 July 1973 in Hong Kong, six days after Lee's death. Often considered one of the greatest martial arts films of all time, in 2004 the film was selected for preservation in the United States National Film Registry by the Library of Congress as being "culturally, historically, or aesthetically significant". The film score was composed by by Argentine pianist and conductor Lalo Schifrin. First time on Picture Disc. 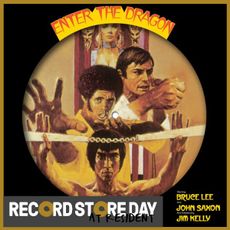