This is the beautifully done soundtrack to the last installment of Park’s Vengeance Trilogy, the lyrical drama piece Sympathy for Lady Vengeance. The film is a thriller that follows the protagonist, who serves jail time after being falsely accused of kidnap and murder, and the meticulous path of vengeance she carves after being released from prison. As with the soundtrack for the prior film, Oldboy, music director Yeong-wook Jo brings together a team of composers (Seung-hyun Choi, Ji-soo Lee, Seok-ju Na) to create original scores for the film as well as adaptations of classical pieces by Vivaldi and Paganini. Ever since its first CD release in 2005, this vinyl edition is the first reissue of this soundtrack. The film's score, composed by Seung-hyun Choi, is heavily baroque-themed, featuring many pieces with harpsichord, baroque guitars, and other instruments. 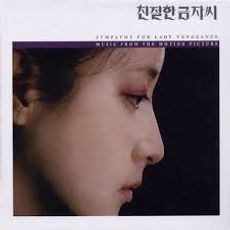