ideas, rage, art, & melody are condensed to 21 two-minute nuggets that make a compelling argument for the greatest punk album of all time; especially on this painstakingly remastered version.

This also includes a range of images from the archive of Annette Green. Wire’s official photographer during this period, Green also shot the covers for Pink Flag & Chairs Missing. Most of the photographs have not been seen for 40 years – & many have never been published anywhere before. ***the album is presented as an 80-page hardback book – the size of a 7-inch, but obviously much thicker. After a special introduction by Jon Savage, Graham Duff provides insight into each track. These texts include recording details, brand-new interviews with band members, & lyrics. The original album is presented on its own CD, accompanied by discs that feature relevant extra tracks: singles; B-sides; demos; & many previously unreleased songs.*** 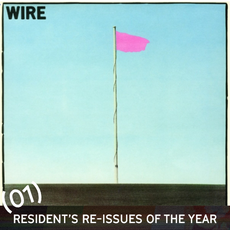