Pembrokeshire-born, London-based Bryde aka Sarah Howells, is a woman and an electric guitar playing fierce and fragile songs, who completely wooed us at the great escape 2017.

Swaying from vulnerable to uncompromising within one verse and chorus, Bryde's music is honest and furiously authentic. influences include Radiohead, Warpaint and Jeff Buckley. “[her voice] bends but does not break, with the insolent sorcery of Sharron Van Etten or PJ Harvey” - Les Inrocks, “Bryde is a Welsh songwriter who knows how to hit hard. The newcomer's raw yet deeply personal style recalls early PJ Harvey, while her lyrical wit sits alongside Courtney Barnett.” – CLASH, “Bryde's voice, equally stunning and chilling, climbs to a plainspoken conclusion that cuts with its honesty.” - NPR 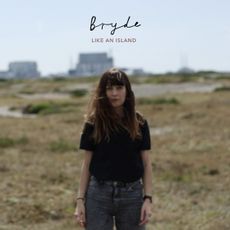