the former smiths guitarist’s third solo album is his fullest in every sense; it’s the sound of a hugely influential musician embracing his role and continuing to lead the charge into a world of epic guitar rock.

Songs include ‘Actor Attractor’, ‘Walk Into The Sea’, ‘Bug’ and live favourite, ‘Spiral Cities’. throughout the record, one can hear influences going in both directions; sounds inspired by those of echo & the bunnymen, magazine and simple minds, and sounds that shaped those of muse and radiohead. this is an important chapter in the book of an enormously important musical figure. “it might be best to appreciate ‘call the comet’ as a sublime soundtrack, possibly the most atmospheric, widescreen guitar album you’ll hear all year” 8/10 – uncut. 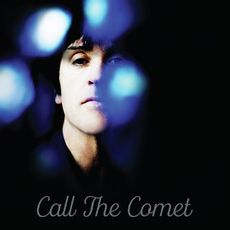