charting the rise to stardom of a female comedienne through the 1970s & 1980s, who draws on the material of her troubled childhood & turbulent adult relationships in an all-male world, 'Funny Cow' delivers tragedy & comedy in equal measure. hawley wrote the title track 'Funny Cow', 'A Little Bit More' &, with Mark Sheridan, the duet with Corinne Bailey Rae 'I Still Want You'. He also wrote the instrumentals 'Laundrette Accordian', 'Leaving Mike's House'. 'Walking Round the Bookshop', & 'End Hospital Sequence' & 'End Sequence', which all feature in the film. trevers wrote the songs 'Twist It Shake It', 'From Then Til Now', 'Bad But Good' & 'Nightmare In Paradise', which all feature in the film. 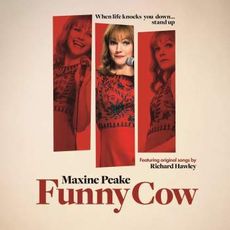