previously unreleased in Europe and North America, Milan  brings the legendary composer’s gorgeous score to the Japanese film to western audiences for the first time.

The film features a beautiful and moody piano-driven score by Ryuichi Sakamoto. Its main theme is unforgettable. This album is a must have for all the fans of Ryuichi Sakamoto and a great opportunity to bring exposure to the less known work of the composer in Japan and Korea. In 2016, Ryuichi Sakamoto composed the music for the Korean thriller ‘IKARI’ (Rage). Based on the famous novel by Shuichi Yoshida, directed by Sang-il Lee and starring Ken Watanabe, the film tells the story of a grisly unsolved murder that links three seemingly unrelated stories in three different Japanese cities. 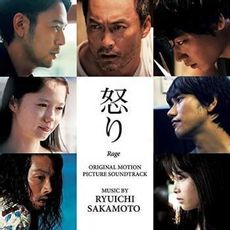