Finally, there is a release of a miraculous collaboration between the two musicians from Tokyo underground scene and Anla Courtis, the leader of Reynols- the legendary experimental band of Argentina.

It was recorded in studio during the time Anla was in Tokyo in January, 2015. It is not just a simple improvised session, but truly a very colorful psychedelic album with roaring noise to minimalistic onkyo works, approach to ethnical music and vocal songs. This also means that they played more than their primary instruments, guitar, and created such unrealizable world, if played live, with the piano, kalimba, violin, percussions, and its fascinating engineering done by Fukuoka. Anla Courtis From Buenos Aires, Anla, after having studied classical guitar, piano, music theory, communication science, has established Reynols. He has toured many places around the world as a solo and has played with many musicians around the world and Japanese as Seiichi Yamamoto, Makoto Kawabata to name a few. Kawaguchi Masami. He has started playing in Tokyo’s underground scene from the early 90’s leading Broom Dusters, and after played in Miminokoto, he has formed his own Masami Kawaguchi’s New Rock Syndicate. He has played in Aihiyo and Hardy Rocks of Keiji Haino and Los Doroncos of a member, Doronco from Les Rallizes Dénudés. Fukuoka Rinji. He is the leader of Overhang Party, the one of the most important psychedelic bands from Tokyo. His recent focus is on his rock band “Majutsu No Niwa”, as a solo he has been touring often in Europe, too. He also runs a label named “Pataphysique Records” and has released “The Hundred Devils” of Miyanishi Keizo last year. 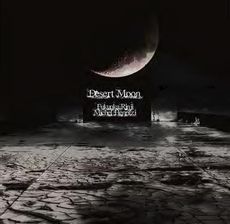