WELCOME TO THE BLACKOUT (LIVE LONDON ’78)


originally released as a triple vinyl package for Record Store Day 2018, this captures Bowie live during the ISOLAR II tour at Earls Court, London on the 30th June and 1st July 1978.

The album was recorded by Tony Visconti and was mixed by David and David Richards at Mountain Studios, Montreux in January 1979. It features classic tracks such as, ‘rebel rebel’, ‘suffragette city’, ‘the jean genie’ and many more!

***initial CDs are presented in a six-panel digipak with rare photos from Sukita and Chris Walters.*** 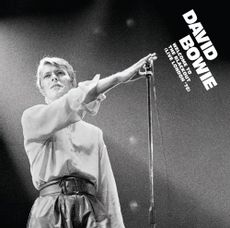