the legendary folk guitarist and singer-songwriter has eeked out of himself a visceral set of songs, characterised by some of the most emotive and perfectly performed guitar solos we’ve heard in ages.

'13 Rivers' marks Thompson’s first self-produced record for over a decade and he feels this makes for an emotionally direct album that speaks from the heart with no filters. This is Thompson’s first collection of new material since 2015’s 'Still'. “driven along by a renewed sense of urgency and purpose, this may be Richard thompson’s most creative album in decades” 4/5 – Richard Thompson. 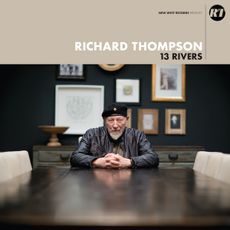