At the very beginning of their career, the North London Fairport Convention were often mistaken for an American band.

This was largely due to their penchant for cover versions of songs by US singer-songwriters, primarily Bob Dylan. A good reason for a 2018 compilation is that it marks the 50th anniversary since the original 12-track 'Basement Tapes' acetate of Dylan arrived in London. It was from this white label that Fairport Convention got "Million Dollar Bash" and Fairport splinter group, Fotheringay, took "Too Much of Nothing". Manfred Mann scored a hit with "The Mighty Quinn", Julie Driscoll & Brian Auger, "This Wheel's On Fire" and, lest we forget, The Tremelos "I Shall Be Released". 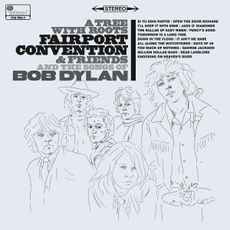