filthy psych grooves, trippy jams, lo-slung twang & languid, hazy vocals - we were never going to be able to resist the post-noir noise disco of this Los Angeles based duo.

Vashti Windish (K-Holes, Golden Triangle) is on vocals & Paul Quattrone (a drummer in the current powerhouse Oh Sees lineup) is on two Akai MPC 1000 samplers. With two devils on their shoulders - one of them telling you to take that drug, sleep with that person & steal that car, the other devil whispering to hit the reverb pedal & turn the volume all the way up - the band listens to both & deliver a ridiculously great record. These beats pummel or seduce, usually simultaneously, with synths that soar like Morricone or pump like DAF & with gloriously twangy guitars that clang & echo like Duane Eddy spiraling down a k-hole. Fans of Brian Jonestown Massacre, Suicide, Beak>>>, Snapped Ankles or The Kills - come & embrace your new dystopian dance-party soundtrack. 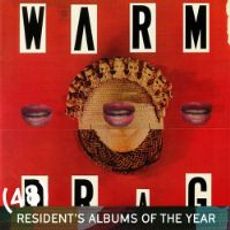