the london collective return with a gorgeous set record oozing with neo-soul bliss; an effortlessly slick set of easy-going anthems, as well suited to the dance-floor as they are to bedroom chill-out sessions.

If Jungle’s first album was their imaginary soundtrack to the places they had never been, 'For Ever' is inspired by real life experiences of the places they’d dreamed of for so long. in 2014, their self-titled debut was the aspirational sound of young London; a soundtrack of escapism, an unmistakable Jungle sound & a unique, vivid, visual Jungle world. ‘For Ever’ is for real, deeper & higher, more intimate & more expansive, feel-good &, just occasionally, feel-bad. fans of daft punk, justice & todd terje need to get this in their ears. “jungle chase the American Dream on their impressive & expansive second album” 4/5 – nme. 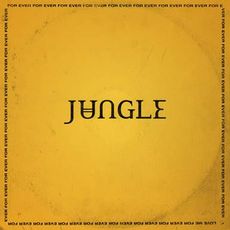