Fall Into the Sun


their scuzztastic reunion has gifted us a blissful set of melodic bangers that go hard on distortion and easy on the ears.

Much like the band’s previous albums, Gilbride anchored the recording and producing of the record, but this time around, the band worked to make the process feel more collaborative than ever before. “I feel like this was the first time I could look at a Swearin’ record and say that I co-produced it, and that felt really good,” said Crutchfield. Crutchfield and Gilbride always had an innate ability to mirror the other’s movements in songs, but here, they build a focused lyrical perspective across their songs, one that’s thankful for their past, but looks boldly toward the future. Fans of rilo kiley, the beths, speedy Ortiz and forth wanderers need to check this out! 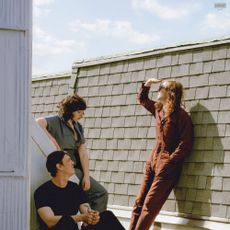