You Won't Get What You Want


The bludgeoning Rhode Islanders have blown our ears and left us breathless, back from the dead to unleash their-highly-evolved grind on the world anew.

Maintaining and expanding on their intense trademark sound with an explosive sonic takeover, their music here seems almost on the verge of falling apart, but still remaining controlled, calling to mind The Birthday Party and Housewives. This record also delves into some seriously haunting and neo-gothic John Carpenter stylings, perfect for a tense horror flick, which would explain guitarist Nick Sadler’s intentions when claiming that the album is “a decided effort to reference both my admiration for and my influence from, film composition and other minimalist music”. Daughters have re-established themselves as the industrial-rock titans we’ve all unknowingly been yearning for. Sometimes, you have to go away to come back.

"A triumph from a band that refused to give up. Let your body tremble at the wake" - Pure Grain Audio 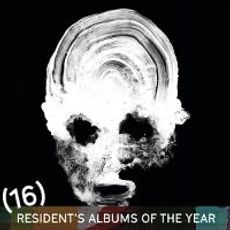