Unsurprisingly for a band that have supported both The Cure and Editors recently, there is a vastly more expansive sound that accompanies the return of The Twilight Sad – “It Won/t Be Like This All The Time’ is a dark, brooding record that contains the same moments of explosive euphoria as the likes of Editors themselves and Frightened Rabbits.

From their unassuming origins as a group of school friends drawn together by a shared passion for music to the global touring force that they have quietly become, The Twilight Sad’s ascent has been forged the old way with grit, graft and four exceptional studio albums. Now signed to Mogwai’s Rock Action Records and with the permanent addition of touring band members Brendan Smith and Johnny Docherty, the bands fifth release does not disappoint. "a determined, seductive experience, brimming with belief and completely torching everything they’ve done before. As of now, The Twilight Sad are basically untouchable." 10/10 - drowned in sound 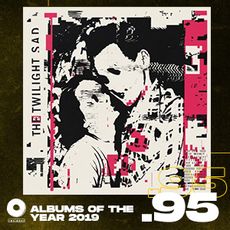