after his show-stopping cover of ‘every 1’s a winner’ segall turns his distinct sound onto a plethora of all-time classics from the likes of war, funkadelic and gong.

Equal parts reverence and reimagination, this album shows him inhabiting the world of a song’s intent, filtering it through the muse that drove 2018’s exceptional ‘Freedom’s Goblin’. Cluttered, passionate and inspired, the songs are barely recognisable, irresistible and by album’s end, present a cohesive collection that stands proudly alongside the best of Segall’s considerable output. the album includes songs by War, The Spencer Davis Group, John Lennon, Funkadelic, The Dils, Neil Young, Gong, Amon Düül, Rudimentary Peni, The Grateful Dead, and Sparks. 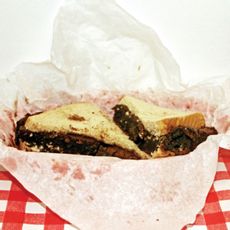