Remastered by Tim Young at Metropolis, and including a wide range of previously unreleased ‘Mad Professor’ remixes, ‘Mezzanine’ has received a suitably stunning re-issue.

Widely hailed as their masterpiece, and placed at number 15 in Q Magazine’s 100 Greatest British Albums Ever (2000), Mezzanine saw the band move away from the ‘trip-hop’ sound they had helped define to embrace rock and electronica. One of the most important albums full-stop, this re-issue is not to be missed. “Fearless enough that it still sounds like it belongs in whatever timeframe you're playing it.” Pitchfork “A splendidly mercurial record, packed with amazing sounds and mesmeric grooves” Rolling Stone 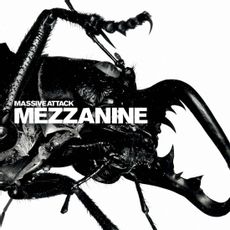