Nearly another album’s worth of material was recorded in Scotland during the album sessions for Jason molina’s game-changing ‘the lioness’, both of which you can hear on this stunning reissue.

While similar in tone and structure, the songs seem to deal in the grit and dirt of being. These are songs for aching muscles getting soothed in the third-shift pub. But they’re also examples of Molina’s diligence as he constructs what would be the essential elements of The Lioness. In addition to these outtakes, we also have a 4-track session made weeks earlier in London with friend James Tugwell. Comprised of primarily guitar, hand drums and voice, these songs are raw experiments that mostly serve to illustrate Molina’s well of words and ideas. 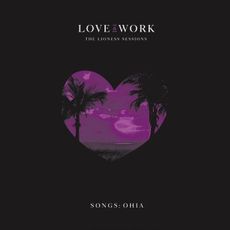