With its gorgeous mix of gentle folk and bedroom dream pop – hints of Joni and Leonard are entwined with shades of Agnes Obel and Beach House, the introduction of her backing band into the studio enabling the songs to grow and stretch in ever more shapes and sizes, no song ever quite finishing where it appears to be headed.

A rare blend of eloquent lyrical craft and explorative musicianship, Hollie Fullbrook and her band’s are influences cross genre and era, and are etched into the memories of crowds and critics worldwide. Mystical, yet grounded, her lyrics are accessible yet still contain an air of mystery with their lack of specificity. Production by David Lynch, Olympic Girls bring ebullient psychedelia to the album. "has that magical, transformative quality which can lift a mood in a flutter of heartbeats and guitar strings...unrestrained and courageous" 9/10 - god is in the tv 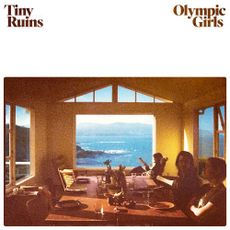