A faithful repress of the 12” version of The Breeders’ ‘Safari EP’, complete with Shinro Ohtake’s 1983 charcoal drawing Nairobi VIII adorning its cover.

Originally released in April 1992, sandwiched between their first two albums (‘Pod’ and ‘Last Splash’), The Breeders’ ‘Safari EP’ came at a time when Kim’s Pixies commitments were winding down and her new band were on the cusp of releasing a platinum-selling album. Their first record to feature Kim Deal’s twin Kelley, the EP was recorded in two studios with the bulk coming from a session in New York, which provided an early version of ‘Do You Love Me Now?’, ‘Don’t Call Home’ and a cover of The Who’s ‘So Sad About Us’. The title track, ‘Safari’, was recorded separately in London by Kim, Josephine Wiggs and drummer Jon Mattock (Spacemen 3 / Spiritualized). 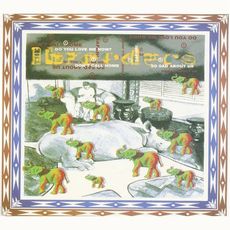