RINGS AROUND THE WORLD (2018 REISSUE)


Rings Around the World, an album that recaptured the cohesive, experimental feel of the Super Furry Animals Guerrilla but more song-driven and sonically expansive.

The first single was a good indication of what was to come: “Juxtapozed With U”, released in July 2001, and made it to the charts (#14). The record following this success a few months later was the first album by any artist to be simultaneously released on both audio and video. The eclectic record incorporated prog, punk, techno, pop and death metal. Different musicians added their talents to this record, including Paul McCartney and John Cale. The overall result is a timeless masterpiece, layered and textured, and one of the finest releases of 2002. 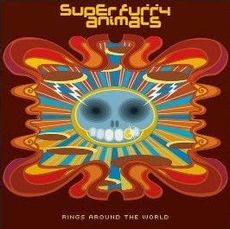