For their second album, Los Angeles’ melodic noise-punk quartet FEELS have produced something that pulls from a host of incendiary influences like The Breeders, Warpaint and Dum Dum Girls – effortlessly mixing them up into something new, something groovier and something other, always shifting and squirming away into new sounds and moods the moment you think you’ve got them pinned down.

The follow up to their Ty Segal-produced debut sees them capture their incendiary live show on record. This time they teamed up with legendary producer Tim Green (Bikini Kill, Sleater-Kinney) to record at Louder Studios. “They sound like they mixed the past thirty years of SoCal punk and Pacific Northwest indie rock with a dropper of liquid LSD in a liquor bottle and smashed it over their heads.” Under The Radar 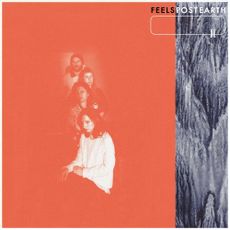