This (Is What I Wanted To Tell You)


continuing their experiments With electronic manipulations of the voice, kurt wagner and co teleport us to a glistening alt-country expanse that makes for a cosy, warm place to nestle in.

Their sound has morphed to encompass multiple genres, blending folk songwriting with the tones of urban soul. Following on from the pioneering sounds of ‘Flotus' (2017), this showcases Lambchop at a new peak in their career, while still retaining the ingredients of their classic albums. this is brimming with ideas, songs and hooks. A huge influence on the new direction was Matthew McCaughan (of Bon Iver and Hiss Golden Messenger), who produced and co-wrote large parts of the album with Kurt Wagner (Lambchop frontman) over a period of two years. “[an] immersive and thought-provoking record” 4/5 – mojo. 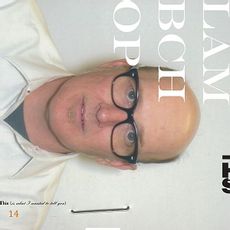