A horn-fuelled, soul-shaking introduction to the young collective - Their first solo release after featuring on london jazz primer 'we out here' that was our #1 compilaton of 2018.

Kokoroko are part of the thriving scene that’s grown out of london’s young, jazz-influenced musical circles. Led by bandleader Sheila Maurice-Grey, their self-titled ep is the group’s first solo release, following their early 2018 debut with ‘Abusey Junction’. Across the E.P’s four tracks, the eight-piece deliver on the promise of that memorable introduction, offering a bigger vision of their afrobeat-influenced, soulfully-imbued sound, west african roots shaded with inner London hues. 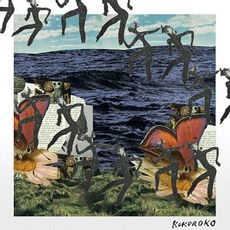