Originally released in 1982, Numan’s fourth solo album is re-issued on a gorgeous green vinyl with the audio restored from the original analogue tapes.

Recorded following his near-death experience after surviving a plane crash, ‘I, Assassin’ contains the hit singles ‘Music For Chameleons’ and ‘We Take Mystery (To Bed)’ and marked a major transition away from his traditional synths and into a bass-heavy dance style. 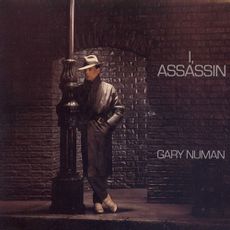