the brighton/london folk-rock band’s fifth record is a stunning break-up album that chooses to paint itself in lustrous colours of pastoral melody; utterly beautiful.

During the promotion of the band’s previous LP, ‘The Fine Art of Hanging On’, Nick and their flautist Helen Whitaker went through a long process of separation, ultimately resulting in Nick moving out of their Brighton home. This displacement set the tone for the next 18 months, as Nick moved from one temporary accommodation to the next, writing and recording demos constantly as he came to terms with the break up - which would eventually become the foundation of this record. Fans of fleet foxes, Beirut and stornoway will love this!

"A lush, melodic album with some dark overtones that blend easily with the music." 8/10 - Soundblab 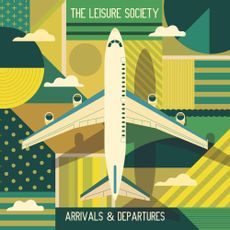