merging traditional sahara banga percussion with spiritual vocal and mighty sheets of metallic guitar, the Tunisian quintet’s uniquely cathartic sound will appeal to post-hardcore fans as much as womad devotees.

Fusing the rhythms and invocations of the ancient Saharan Banga ritual with an electrical storm of contemporary sonics, their second album both grips and awakens. In 2017, their debut deftly brought together the hypnotic chants and metallic hand percussion of traditional Banga music with brutalist electronics and sheer rock volume. It quickly became clear that the Banga had not been pointlessly retooled for western consumption, but rather through the deep commitment of the five Ifriqiyya Electrique musicians – it had been transformed into something contemporary and unexpected. Ifriqiyya Electrique cryptically call this transformation a “post-industrial ritual” and the actual experience of hearing this music certainly echoes this moniker. 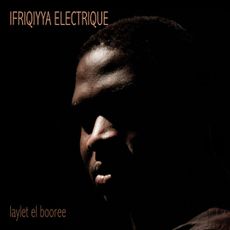