ellie’s rich fields of jazz-tinged ambient folk are a beautiful setting for her birdsong-sweet vocal drawl; it’s a must for fans of laura marling and lucy rose.

This album is a bold and creative piece of work from Ellie Ford and her band of multi instrumentalists. An accomplished harpist, Ford’s voice has a symbiotic relationship with her instrument. The two support and challenge each other in melodic leaps and turns, creating patterns that make full use of their impressive range. At times Ford’s playing is rhythmic and percussive, a compliment to the creative playing of drummer Fred Hills. Taking many unexpected twists and turns, with songs rarely ending where you’d expect, the album is immaculately composed with lyrical and musical themes rewarding the keen listener. 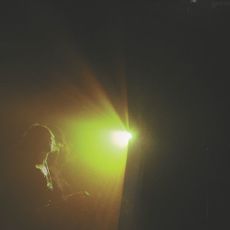