the london band’s fourth record is a furious blast of howling post-punk that’ll blow your cobwebs into the middle of next week.

Having spent their formative years being the most unpopular members of bands that some people liked including - Kong, Silent Front, Death Pedals, Future of the Left and Dead Arms, they are now on their 4th album. ‘Life Cinema’ was tracked live at Bear Bites Horse in London and with the help of producer Wayne Adams, they have created a record that is raw and gritty, while still being rich with both melodic and lyrical hooks, full of absolute bangers. They rave about pointless jobs, wannabe artists, social anxiety, offices that have fridges with beer in them and Epsom. USA Nails may or may not appeal to fans of Wire, The Fall, Devo, Pissed Jeans, and early Sonic Youth. 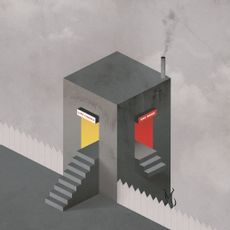