Live at the Paramount


Nirvana 'LIVE AT THE PARAMOUNT', available on vinyl for the first time ever.

Live At The Paramount was the only Nirvana show ever to be shot on 16mm film, and was recorded at the Paramount Theatre (obviously) in Seattle on October 31, 1991. “Fresh off the release of what was soon becoming the seminal album of a generation, Nirvana took to the stage of Seattle’s famed Paramount Theatre to an unwavering homecoming crowd while on the road in support of Nevermind. Launching the nineteen song set with a brilliant cover of the Vaselines “Jesus Doesn’t Want Me For A Sunbeam,” the band cranks out their soon-to-be iconic songs “Smells Like Teen Spirit,” “Lithium” and “Breed,” while delivering earlier fan favorites “School,” “Love Buzz” and “About A Girl.” 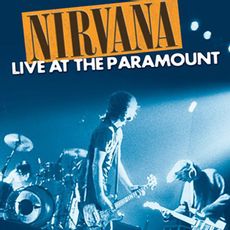