Hailing from Reading in the late '80s/early '90s, Chapterhouse were leaders in the British Shoegazing movement.

Rehearsing for well over a year before committing anything to demo for record companies, Chapterhouse quickly reached the top of their game with their peak arguably being a performance following Nirvana at the 1991 Reading Festival. This release consists of the original Whirlpool recordings from VHF Studios Rugby, Sawmills Cornwall, Stoneroom Studios London and Refuge in Reading. Featuring three extra tracks, including the never before released 'Thrasher' and longer/alternate mixes of 'Something More', 'Rain' and 'Guilt'. 12 tracks. Space Age. Re-mastered by John Rivers at Woodbine Street Studio especially for vinyl release for RSD 2019. First issue on vinyl. Sea blue coloured heavyweight 180 gram audiophile vinyl LP 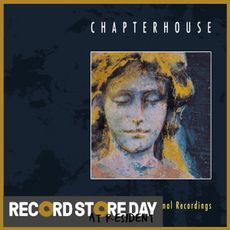