the post-rock quintet has hewn an incredibly rich & boundless album of ear-expanding melodies that soothe & batter in equal measure.

When the three founders decided to, “communicate with the ordinary person who doesn't listen to Korean traditional music,” few anticipated an extraordinary fusion with metal, post-rock & noise. “Most people expect Asian traditional music to make something smooth for yoga or meditation,” says band spokesman Lee Il-woo. “We wanted to break all of that.” It’s hard to believe but ‘ONDA’ is even more dynamic & rhythmic than their previous works, with the permanent addition of two new members. The way the quintet “sticks together like gears of a clock or machine,” is celebrated on ‘Square Wave’, a breath-taking example of their ability to alternate between ambient serenity & molten ferocity. “third outing for the korean post-rock traditionalists is a triumph” 4/5 – mojo. 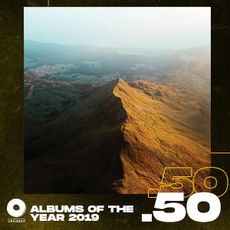