“This record started life as our funk record”, says Fujiya & Miyagi’s David Best. “Yet, once we got into the production stage, our embryonic funk songs moved closer to electro in feel”. It’s not surprising that a sense of evolution & stylistic shift would take place within the process of putting together a single record, given Fujiya & Miyagi’s near two-decade career of genre-hopping across Krautrock, Electronica, Disco, Pop, Funk & anything else they feel like throwing into their smart yet deeply accessible take on electronic music. Whilst this album might be rooted in nostalgia, with everything the pair do there’s still a feeling of momentum & something fresh. Fans of lcd soundsystem, !!! & ak/dk will love this! 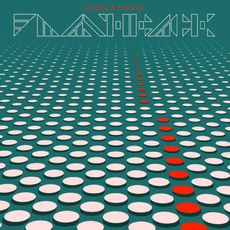