‘Tallulah’ is perhaps the band’s most creative yet also concise record, an album that takes real chances while remaining committed to their punk-edged melodies and crisp song construction.

Opening track ‘Youth’ erupts into life with a flood of melody reflecting the band’s live performances as Nicholas’s lyrics conjure images of a classic road trip. The album as a whole reflects Feeder’s pan-Atlantic influences, which meld the power of American alt-rock with the songcraft of the British indie scene. Other highlights include the strident ‘Blue Sky Blue, both openly honest and buoyantly optimistic, the Pavement-esque day-in-a-life tale of ‘Daily Habit’ and the corrosive metallic attack of ‘Kyoto’. 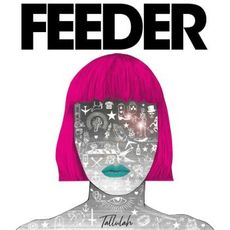