An acoustic bass guitar may not seem like an obvious choice as an accompaniment instrument, but Thom shows that this distinctive instrumental voice can find a home in folk music, and that 4 strings are enough to delve into the canon of British folk music.

Equal parts interpreter of traditional song and insightful political songwriter, the press has repeatedly compared him to Martin Carthy, Chris Wood, and Billy Bragg. This selection of luminaries doesn’t tell the whole story though - from the sparse lament of The City and The Tower to his muscular arrangement of High Germany, Thom’s inventive musicality and powerful tenor voice shine through. 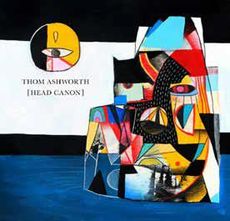