the Never-before-available soundtrack debuts as a stunning stereo remaster from the original tapes, housed in a Super-Deluxe package.

Over 58 minutes of music have been produced to the absolute highest possible standard as if it had been released at the same time as the film, having sourced manufacturers who are able to produce all the parts on exactly the same machines as used in the 1960s. The last collaboration between director Alfred Hitchcock & composer Bernard Herrmann is not only recognised as one of the finest score’s Herrmann composed & recorded for their legendary partnership but also one of the greatest of all his works. The poster has been specially printed using original 1960s production processes. To round off the Super-Deluxe package Bernard Herrmann’s biographer, Steven C. Smith, offers a unique & compelling insight into this soundtrack with his own sleeve notes. - Assembled, Mastered & Cut by Sean Magee at Abbey Road Studios, London 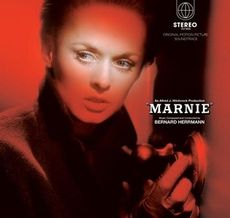