at long last, this seminal album has been expanded to include the remainder of the group’s output from the rock steady era, featuring numerous best sellers alongside a number of rarities from the latter half of 1968.

issued by wirl records in jamaica and doctor bird in britain, “engine 54” collected ten original numbers, with the set including their international hit, ‘train to skaville’ alongside other such notable works as ‘train to glory’, ‘you got the dough’, ‘give me your love’, ‘long time now’ and the immensely popular title track. this expanded edition includes uk hit, ‘train to skaville’, with ‘sign the cheque’ & ‘in the park’ making their cd debut. 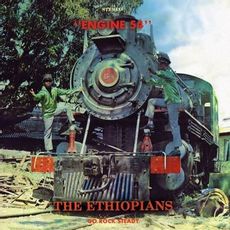