Nunroyd Works is the third release by Craven Faults.

We’ve picked up speed since we passed Netherfield and Springhead Works. It’s more built up here, as we enter the outskirts of the city. The former mills and cinemas are alive. A kick drum carries though the walls. Every so often the doors open and the sound spills onto the street. The destination was unintentional. An experiment. Who plotted this course? As ever, it isn’t always what you expected, but the journey is key. Detroit via The Orbit in Morley, 1992. Istanbul, 1967. We travelled by rail with old friends. Vienna, late night café, straight connection. Lower Manhattan, 1966. New Year’s Day in Filey, making mental note of the patterns played out by the church bells. 1991. Revisited several times over. Mutated by the passage of time. Those memories that stay with us and influence our decisions many years later. Taking time to make new ones. Do you always need to travel with a purpose? Could you follow your instincts from time to time? A trilogy complete. The end of a journey? 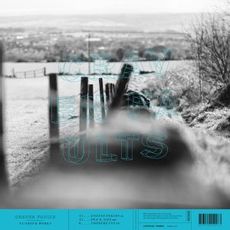