enjoying its very first vinyl release, this reissue of the incredibly moving score from messrs cave and ellis has been remastered to even loftier heights.

the duo have created an evocative score featuring violin and piano with beautiful fleeting melodies and eerie sound loops filled with terror and suspense. Cave and Ellis have previously scored John Hillcoat's critically acclaimed 2005 Australian 'Western', The Proposition’ and Andrew Dominik’s 2007 savage tale of the true west ‘The Assassination Of Jesse James By The Coward Robert Ford’. 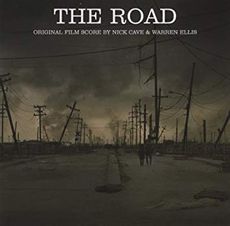