 Automatic’s explosive live shows have earned them countless fans on the West Coast. They have shared the stage with bands such as Surfbort, Poptone and Flat Worms.  For fans of Savages, Suicide, Neu!, Broadcast.  Debut single ‘Calling It’ backed with 7” only cover of Delta 5’s ‘Mind Your Own Business’.  Sleeve design hand-drawn by Lola Dompe.  Recorded and mixed by Joo-Joo Ashworth of the band Froth. 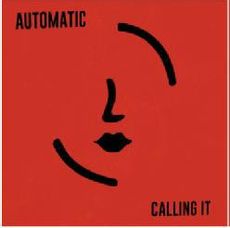