2019 sees A Certain Ratio celebrate 40 years since the release of their debut single, the first single artist release on the legendary Factory Records.

The band have been touring the UK throughout the year and add festivals and European dates to the mix later this year. EP Includes 2 brand new mixes of Dirty Boy. The Chris Massey mix (featuring vocals from Barry Adamson) has already been causing a stir on the club scene, with MixMag rating it 8/10. The Shack Up remixes are by Electronic (Bernard Sumner and Johnny Marr) and have been unavailable since original release in the 1990s 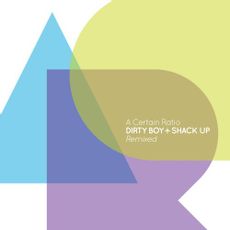