LA-based experimental music and art collective Arthur King will be releasing the next instalment of their ongoing album release series, Arthur King Presents.

The new experimental record finds Lytle exploring new territory, created entirely from one analog synthesizer and one nylon-string acoustic guitar. He describes the process as “oddly refreshing,” saying “turns out it was a pretty fulfilling exercise just concentrating on going deep and trying to achieve certain feelings based on the song titles and subject matter I was chasing.” 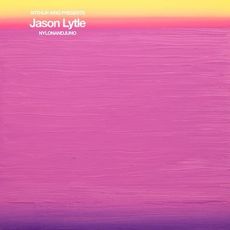