The Doors are proud to announce the release of their live album ‘London Fog 1966’.

Originally recorded in 1966, the set includes a previously unreleased live performance at the London Fog in Los Angeles and has been only available via a limited-edition box set and released on vinyl for RSD 2019. AllMusic stated the albums is “the sound of a band discovering its own strengths”, whilst the set was further praised by the guardian and Loudersound who gave it 4 stars. 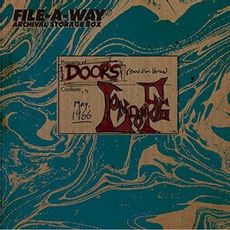