Following the huge success of Moseley Shoals, the band’s third album was number one in the UK when released in September 1997. 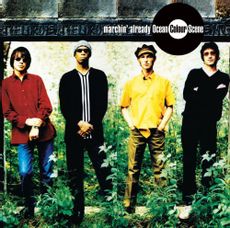